"Every, single, person going through infertility is going to react differently, they’re going to want something different as far as support and their situation will be unique. Don’t generalize their circumstances, don’t downplay it and just listen to them. Be there for them to talk, to cry to or to just take their mind off of everything." 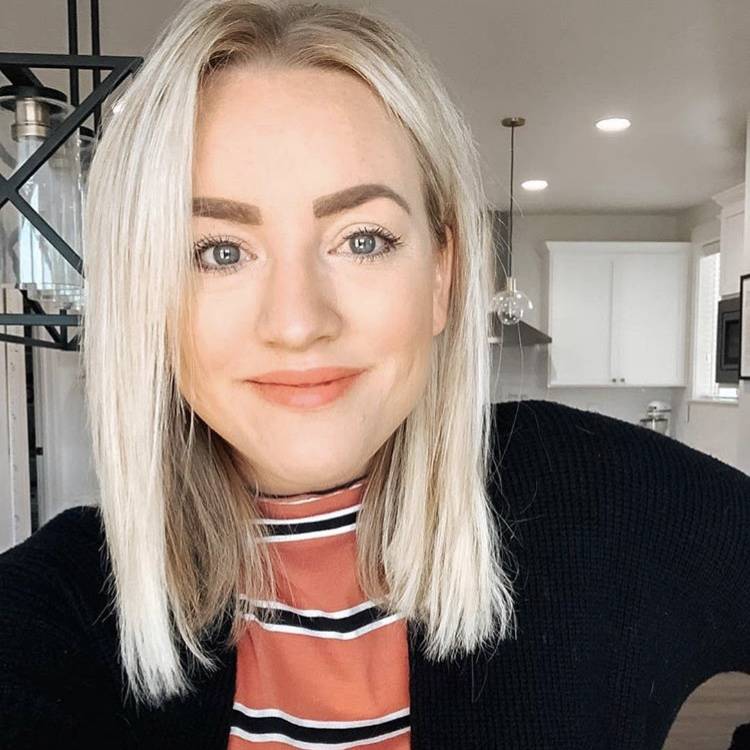 When I was a teenager, I sat in the doctor’s office gown and all waiting for her return. I was close to 17 and still hadn’t started my period, so tests were being ran, things were being looked at and honestly I remember not caring much. The only thoughts in my mind were, can we get this show on the road? I have places to be, a boyfriend to hang out with and whatever else. I was a teenager, what did I care if I didn’t have a period? The doctor walked back in, with a serious look on her face. She said, “It looks like you have Polycystic Ovarian Syndrome.” Oh, okay, great. My Mom has that, no big thing. Then she proceeded, “It’s a little bit worse than the average case and I just want to prepare you and let you know that, you’re most likely going to have trouble getting pregnant, if you even can at all.” I remember the thought coming into my head, well, that sucks. Honestly though, again, it didn’t really hit me that hard. I was young, children weren’t a priority at that point and well, my Mom had gotten pregnant, so eh? Whatever.

Fast forward many years and there I was, having the discussion with my future husband, only this time with tears streaming down my face and an awful pit in my stomach. “I just wanted to let you know, I might not be able to have babies. I totally understand if this changes things, I’m so sorry.” He wrapped his arms around me and just held me. It didn’t change anything, he loved me just as much and that feeling of peace in that moment, I clung to that. 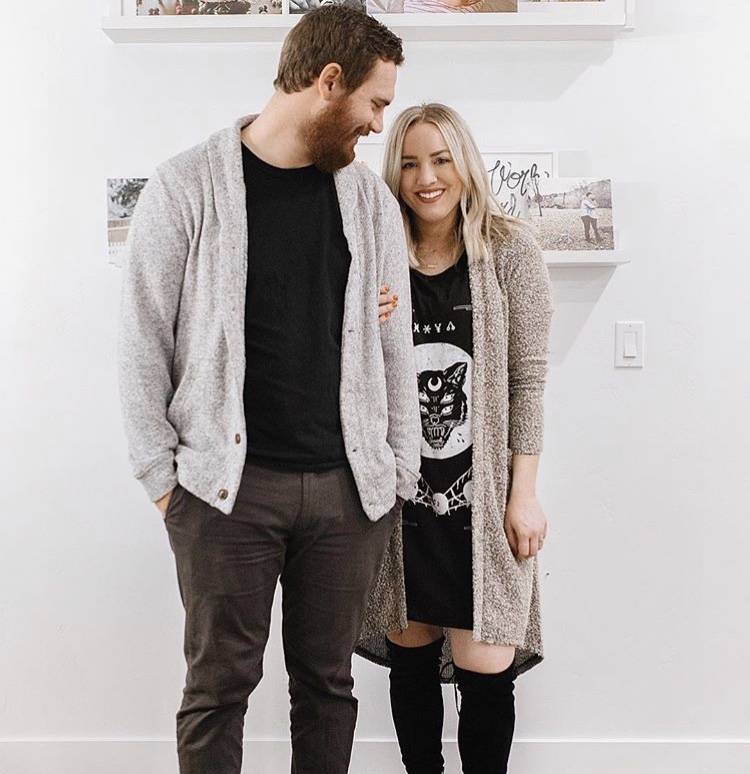 Shortly after getting married, we decided to go ahead and just not necessarily “try” for a baby, but not stop it either. We knew the odds weren’t in my favor, so we figured why not just leave the possibility open and put it in God’s hands. Before I knew it I was becoming obsessed with it. A year into it and I found myself taking pregnancy tests every, single, month. Now I longed for a baby. I wanted a baby so badly, we both did. He was about to be done with school in the next month, our lives were starting and it seemed like everyone around us was pregnant or starting their family. Every single time I saw that negative test, again, my heart ached. It hurt so incredibly bad, I felt broken. Like something was wrong with me, why was my body broken? Why did he marry me? I couldn’t give us a family, my body couldn’t do the one thing that it was meant to do.

He graduated college and we decided it was time to start putting a little bit more effort into it. We met with a fertility specialist, did a whole lot of testing and then the journey really began. I thought I was in pain for that year before...I was in for a rude awakening. The next few years proved to be some of the hardest of my life, still to this day. The doctor started us on a low dosage of fertility medication, we did that for a few months, blood work twice a month, ovulation kits and everything in between. A few months later, it still wasn’t working, so he upped the dosage. Two months of that, still no luck, so he upped it one more time, this time to the highest he could go. Still, nothing; not one single positive ovulation, not one single good blood result, a whole lot of negative pregnancy tests, all negative. I hurt, I was in so much pain. How much more of this could I take? All the blood work, all the medication making me a crazy person, all the hormones, negative test after negative test, I couldn’t do it. This was too hard of a trial, this wasn’t fair, why did I get this? Why did every single person around me get to have a baby? Why did people younger than me get to have TWO babies already and I couldn’t even have one?! 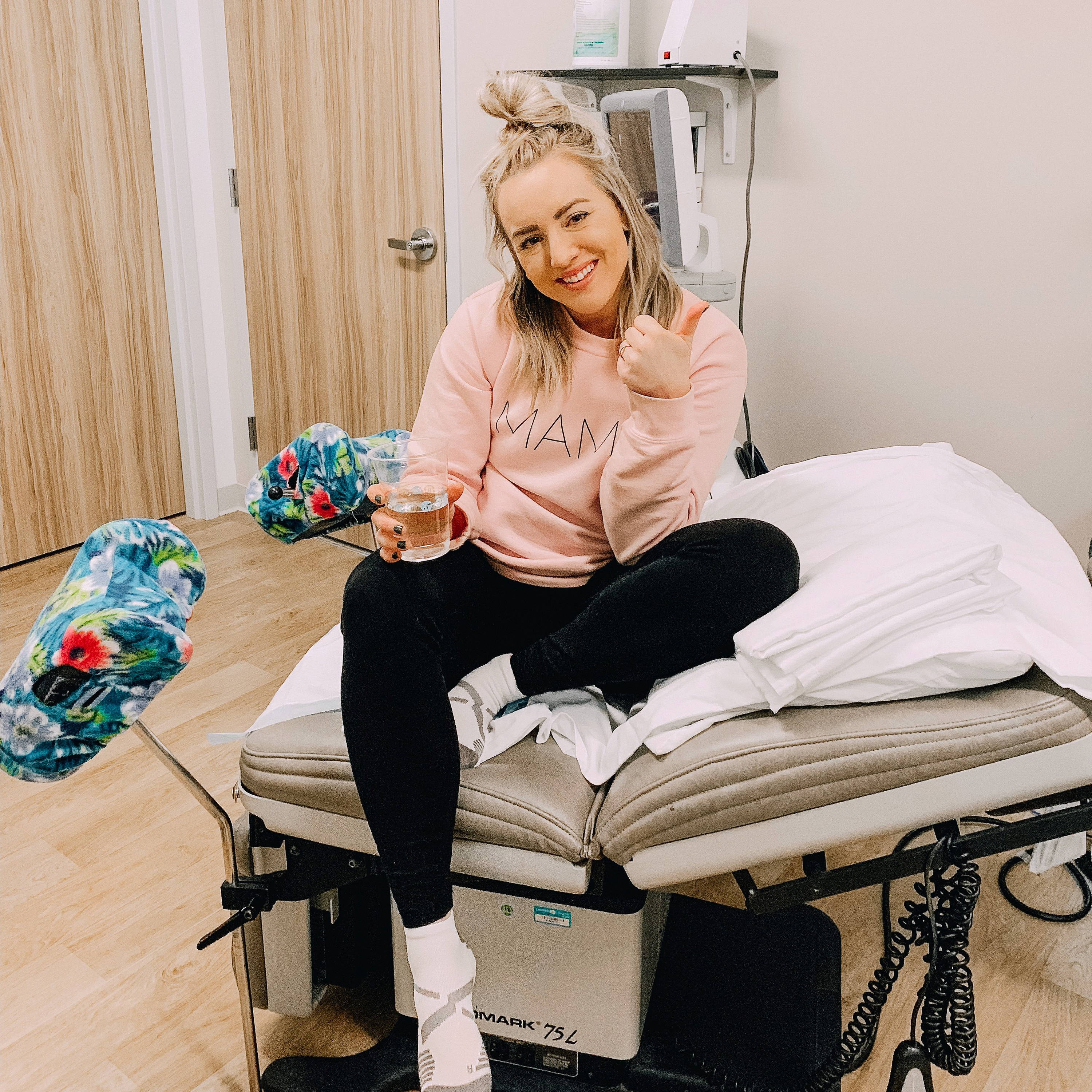 During all of this we moved back home to Idaho, my heart still broken and my mind feeling more lost than ever. We met with a new doctor, transferred all of my medical history and took a month break. My body just couldn’t handle it anymore, I was 25 and having hot flashes, mental breakdowns, I was literally on an emotional rollercoaster. The bills were piling up, the more we had to do costs just kept getting higher and higher and I found myself pleading with God every single night, begging him for a baby. We continued on with more fertility treatments, all failing, then a new medication, again, no luck. Then finally, we met with a doctor to start IUI. I went in for the initial testing, blood work drawn, you know, for the 300th time (no joke). I went home from that appointment at my wits end. I was done. I couldn’t do it anymore. I remember balling, literally just crying my eyes out to the point where I couldn’t breath, where I had to pull over because I couldn’t see anything.

The phone rang, it was a number I didn’t know so I didn’t answer it. I was in the middle of a crying session, I didn’t have time to deal with a phone call. Up popped a voicemail, I pushed the play button with my shaking, tired hands and set it down on the console on speaker phone. It was the doctor’s nurse, she said, “Jessica, will you please call me as soon as possible?” Great -- now what? What the hell else can go wrong? Am I totally broken? Is this not even a possibility? I reluctantly called back, asked for the nurse then sat there on hold for what felt like forever.

“So I got some of your bloodwork back and I’ve got some news for you..” 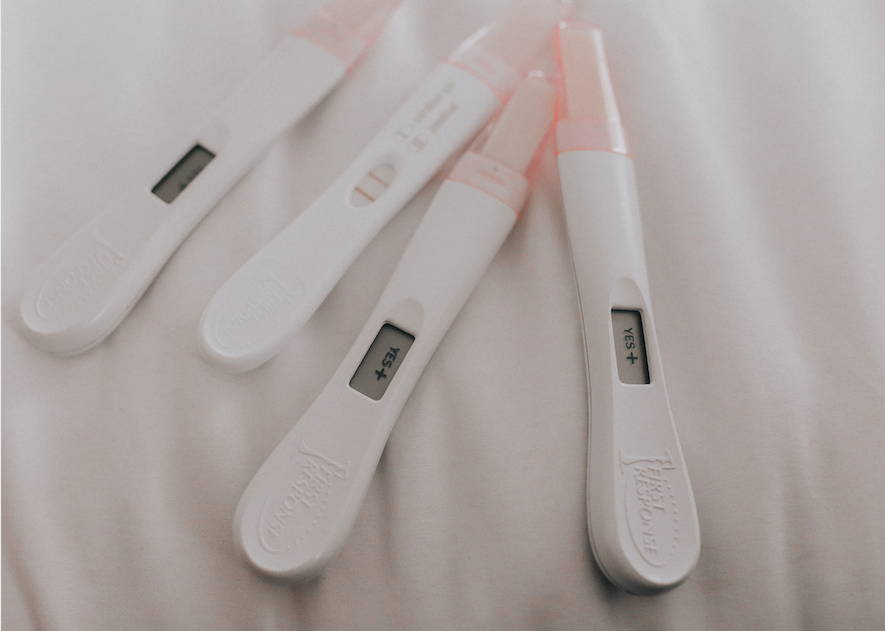 I couldn’t breathe, I literally dropped the phone my hands were shaking so much. All I could say what “What? I’m what?” to which she confirmed excitedly, “YOU’RE PREGNANT!” That was the happiest day of my life. I hung up the phone and sat there, still crying, only this time the happiest of tears. It was a miracle, our miracle baby. 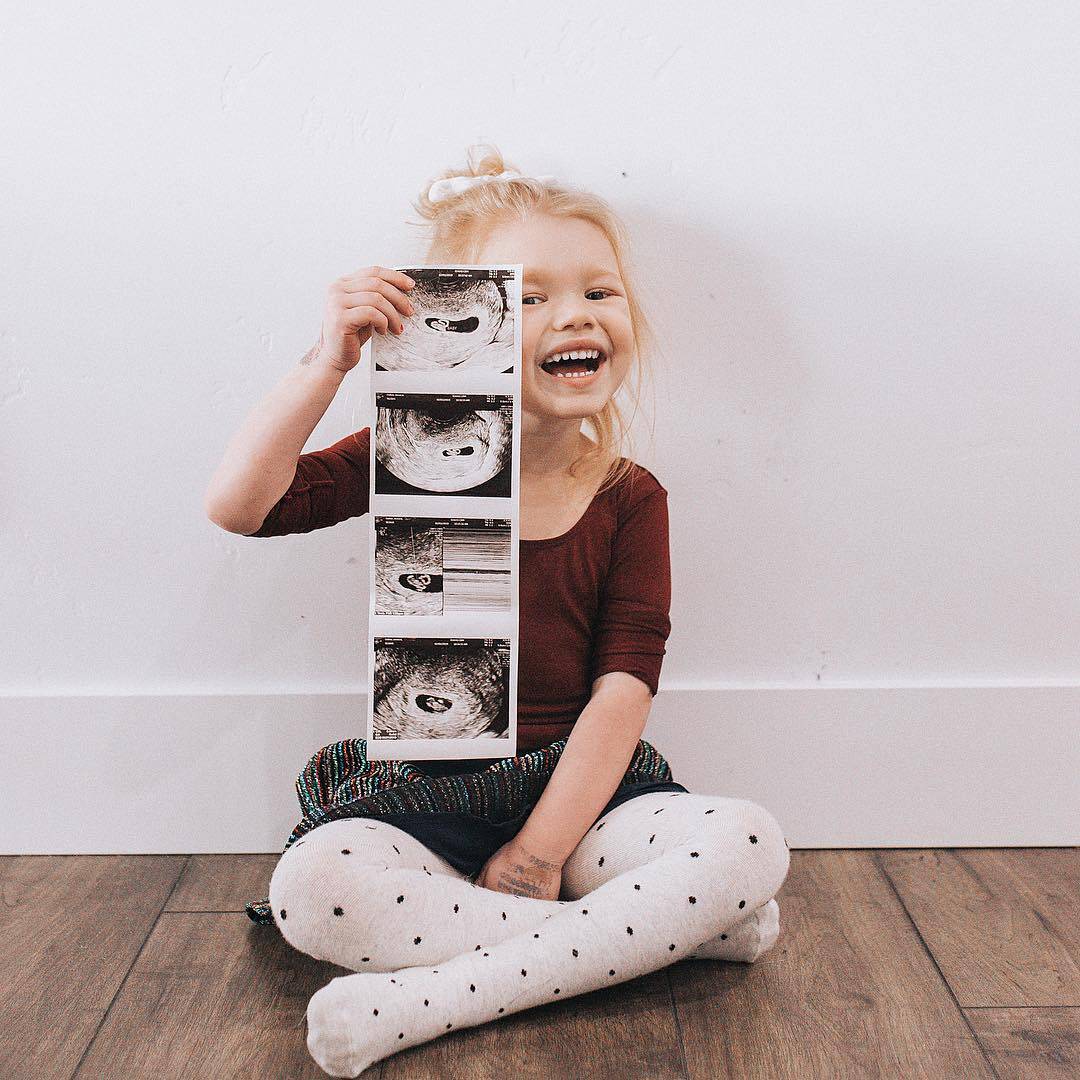 She was born July 3, 2015 and I’ve never felt a love like I do for such a small little human being. I can’t even describe how happy she makes me, how in love I am. She’s perfect, she’s all ours and she’s honestly a miracle.

Now, she’s almost four and we faced the same fertility battles, only this time our miracle is coming in a little bit of a different way. We had to do IVF this time for this little babe and I won’t sugarcoat it, it was for sure the hardest thing I’ve ever had to do. It’s emotionally draining, it’s very expensive (most insurances and ours, don’t cover it) and it’s a lot on your body. 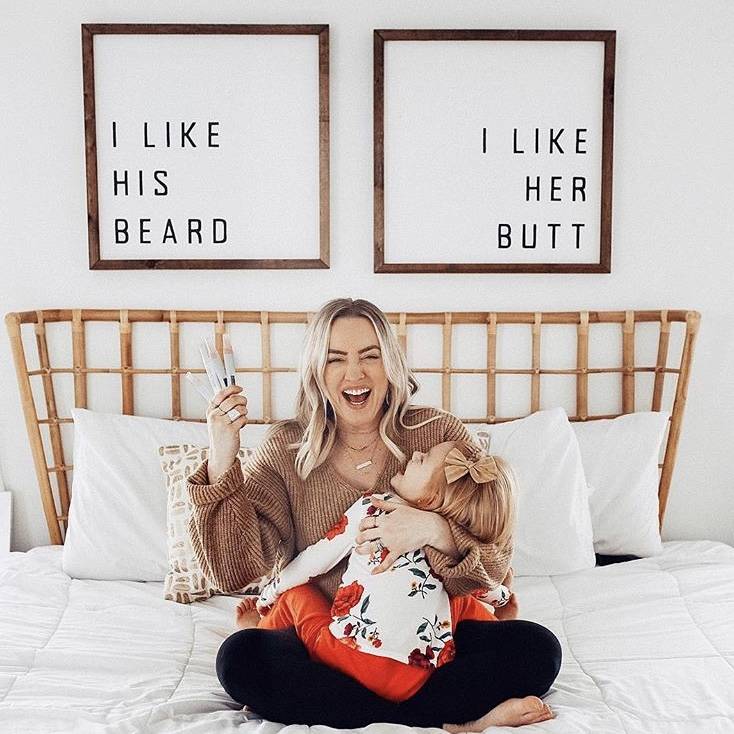 We did what’s called a frozen embryo transfer, so a whole lot of shots and waiting periods. I gave myself well over 200 injections (stopped counting at that point), it was painful, in moments I really felt like I couldn’t do it anymore, but here we are, 6 months later after starting the process and I’m almost halfway through my second pregnancy with a little boy. A tiny little miracle growing inside of me, that well a little bit of science and a whole lot of faith and miracles brought our way. 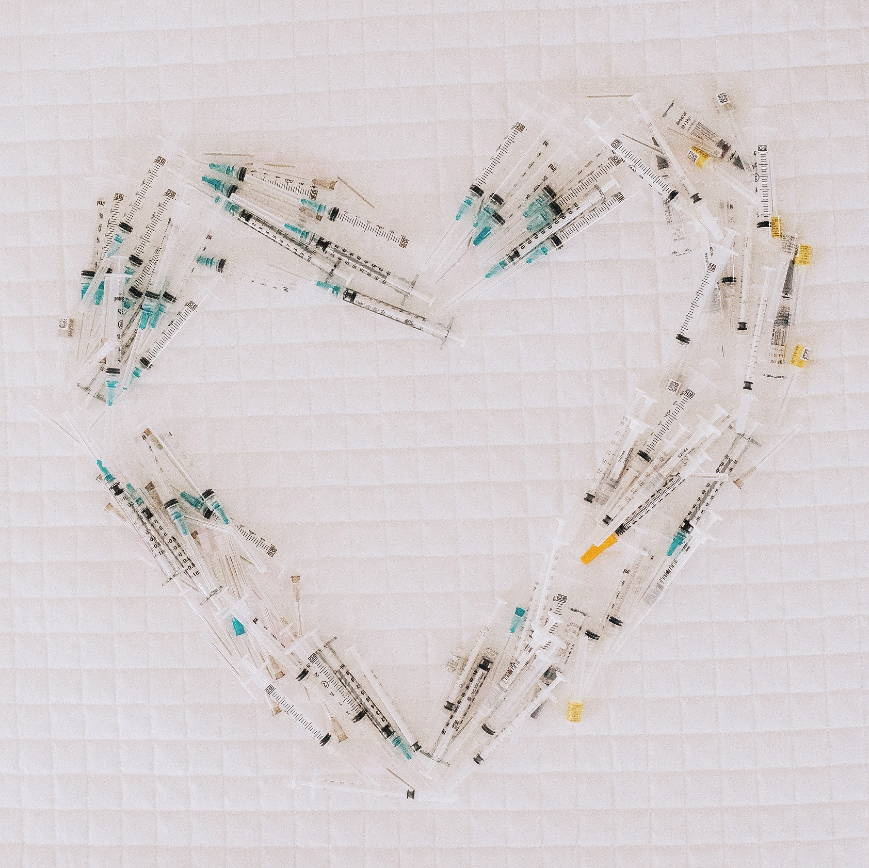 One question that we get asked a lot, is how do you help someone going through infertility? So I thought I would quickly answer that as a final thought. Every, single, person going through infertility is going to react differently, they’re going to want something different as far as support and their situation will be unique. Don’t generalize their circumstances, don’t downplay it and just listen to them. Be there for them to talk, to cry to or to just take their mind off of everything. Be sensitive of the things you say and don’t make things awkward. We know what we’re going through, it’s generally not a big secret, but we don’t know how to handle it any better than you do. Just love them, support them and pray for them.